Rent a Private Jet from LA to Vegas

The route between Los Angeles, California and Las Vegas, Nevada is one of the most popular private jet routes in the world. Renting a private jet from Los Angeles to Las Vegas is the perfect the way for both business and leisure travelers to fly in the utmost style, privacy and comfort.

Air Charter Advisors is your source for on-demand private jet rentals from Los Angeles to Las Vegas, with worldwide service around the clock and the highest standards in executive and luxury air travel.

The most popular route for our clients is from Van Nuys (VNY) to McCarran International (LAS), the top private aviation route in the United States and two of the nation’s busiest general aviation airports; the return route from Las Vegas to Los Angeles ranks as the country’s 2nd busiest route.

We can also arrange private jet and helicopter service using other airports in the Los Angeles and Las Vegas area, including Los Angeles Int’l (LAX), John Wayne (SNA) in Santa Ana, Bob Hope (BUR) in Burbank, and other airports located throughout Southern California, as well as North Las Vegas (VGT) and Henderson Executive (HND) in Nevada.

Our team arranges simple, pay-as-you-go private jet service with all-inclusive, upfront pricing – no contracts, no hidden charges and no membership fees. ACA offers access to a wide range of aircraft options anywhere in the world at a moments notice. We also work to offer the most competitive rates possible, whether you’re looking for efficient, enjoyable or extravagant.

Los Angeles, CA to Las Vegas, NV | (VNY) Van Nuys to (LAS) McCarran Int’l | Gulfstream IV
The Gulfstream IV is renowned for its style, comfort and speed, and is an intercontinental icon in private aviation. The GIV features a large cabin, a full lavatory with a built in shower, and can carry up to 14 passengers, all while powerful Rolls Royce engines allow it to travel at speeds of up to Mach 0.8.

* All prices subject to aircraft availability. Additional airports in Los Angeles and Las Vegas are available, and pricing may vary. Prices are all inclusive plus tax. Other services such as de-icing, catering, additional flight time due to weather or ATC, internet charges and/or ground transportation are billed separately.

Private jets fly from LA to Sin City more often than any two destinations in the United States, where VIP celebrities, high-rollers, hardcore party-goers, hasty elopers and ritzy Angelenos go to roll the dice or spice things up a little (or a lot).

It’s easy to see why – whether you have a million bucks or you just feel like it, there’s no better place to indulge than in the city known a hedonists’ paradise; it’s America’s adult playground in the desert, and quite possibly brighter than Paris.

Lose yourself in the city lights and explore some of the best casinos and resorts in the world; enjoy gourmet dining at fine restaurants and shop-til-you-drop at high-end, designer boutiques; catch a world-class live show in the entertainment capital of the world.

Learn more about Private Aviation in Las Vegas, and check out more destinations for private aviation the state of Nevada.

Not to be outdone, millions of people visit the “City of Angels” for its comparable nightlife, incredible restaurants, world-class events and immense business potential.

Millionaire’s live in Vegas, too, and when they feel the need to scratch their LA itch, they fly private to Van Nuys (VNY), the busiest general aviation airport in the United States.

Whether you’re flying to Los Angeles for a business meeting or conference, attending an award show, have tickets for a sporting event or just visiting for a luxurious weekend getaway, we can arrange the perfect aircraft based on the goals of your trip.

Learn more about Private Aviation in Los Angeles, and check out other destinations for private aviation the state of California.

Why Fly with ACA?

Safety is our #1 priority, and we’re one of less than 100 Wyvern-certified brokers world-wide. Wyvern is a leader private aviation for safety, quality and risk management, and ACA uses Wyvern’s reporting tools to review aircraft maintenance, operator history and pilot experience to connect you to the perfect jet and flight crew.

ACA also offers the flexibility to use the most efficient aircraft for every flight, with systems that allow us to view all of the jets and turbo-props available on the market, connecting you to the plane best suited your itinerary.

From checking empty-leg availability and reviewing potential one-way routing, to negotiating prices with operators and offering all-inclusive quotes, ACA is often the most cost-efficient way to travel from Van Nuys to McCarran.

We have access to thousands of private jets and turbo-props located across the country and around the world, and every aircraft we arrange is operated by FAR Part 135 or 121 (or foreign equivalent) air carriers, using only veteran pilots with a wealth of experience in your aircraft.

We also have access to corporate and VIP airliners for executive groups, sports team flights, and special events like weddings and bachelor/bachelorette parties. Check the list below for private aircraft available for private flights between Los Angeles and Las Vegas.

The following are examples of hourly rates for private jet, turbo-prop and helicopter rentals from Los Angeles to Las Vegas. Due to the high-volume of flights in Southern California, many operators offer empty leg flights, which can greatly reduce the cost of your aircraft rental.

* Hourly rates vary depending on aircraft make, model and year, as well as amenities, routing and scheduling/availability.

ACA arranges private flights from LA to Las Vegas on a variety of aircraft. Choose between any of the following aircraft for your flight from Van Nuys (VNY) to McCarran International (LAS), or another airport you prefer. We’re not limited by any fleet, and can arrange any size, type or model aircraft you request. 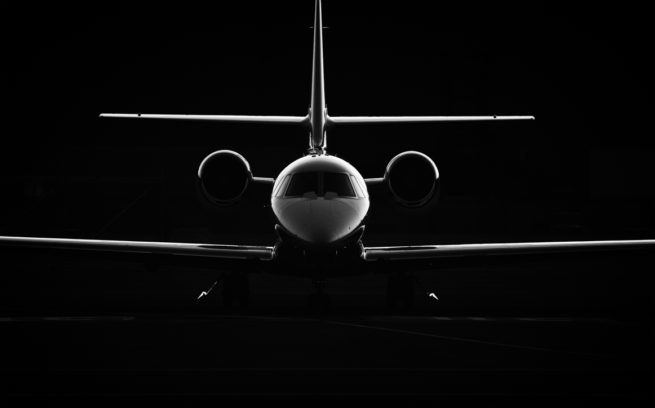 Many clients are looking for the best possible price for their flight, while others want to enjoy a little more space and extra amenities in a faster aircraft. Large groups can utilize a heavy jet, long-range jet or a VIP airliner for additional luggage space, or when flying with important clients.

We can provide a variety of options based on the goals and budget of your trip, whether you’re looking for a cost-effective option or the most luxurious, fully-stocked private jet on the market.

View all Pistons and Turbo-Props

Request a Quote | Private Jet from LA to Vegas