Charter a private jet to Super Bowl 2020 with Air Charter Advisors, the home team offering the fastest, most comfortable way to arrive in Miami for Super Bowl LIV (54)!

The 2020 Super Bowl Champion will be crowned at Hard Rock Stadium, located in Miami, FL and home to the Miami Dolphins, international soccer games, and other major concerts & sporting events.

Miami is the gateway into Latin America and one of the busiest aviation regions in the United States, and more than a half dozen airports available in Miami, Fort Lauderdale, and Palm Beach to accommodate all of the private planes flying to South Florida for the big game.

From the Nashville International Airport in Nashville Tennessee
(KBNA) Nashville, TN
Up to 7 Passengers non-stop in a Super-Light Jet such as a Phenom 300 or Lear Jet 45
Starting at $16,000 Each Direction*

From the Charles B. Wheeler Downtown Airport in Kansas City Missouri
(KMKC) Kansas City, MO
Up to 6 Passenger non-stop in a Midsize Jet such as a Hawker 800XP or Lear Jet 60
Starting at $19,000 Each Direction*

From the Austin-Straubel International Airport in Green Bay Wisconsin
(KGRB) Green Bay, WI
Up to 8 passengers in a Super-Midsize Jet such as a Challenger 300 or Cessna Citation X
Starting at $30,000 Each Direction*

From the Metropolitan Oakland International Airport in the San Francisco / Oakland California
(KOAK) Oakland, CA
Up to 12-14 Passenger Heavy Jet such as a Gulfstream GIV
Stating at $50,000 Each Direction*

From the Greater Los Angeles Metro Area
(KNVY) Van Nuys, CA
Up to 12-14 Passenger Heavy Jet such as a Gulfstream GIV
Stating at $44,000 Each Direction*

From Teterboro Airport in Teterboro, NJ
(KTEB) New York, NY
Up to 7 Passengers non-stop in a Super-Light Jet such as a Phenom 300 or Lear Jet 45
Starting at $16,000 Each Direction* 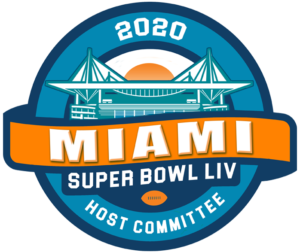 Request a free charter quote or give us a call at 1-888-987-JETS (5387). The most comfortable, stylish and secure way to travel to the Super Bowl is by chartering a private plane, and our team at will be available to you by phone and e-mail 24 hours a day, 7 days a week to arrange your private flight to Super Bowl 54 in Miami, FL.