The Honda Aircraft Company was formed in 2006 as a separate but wholly owned subsidiary of the Honda Motor Company. A newcomer to the world of aviation, HAC has only produced one aircraft so far – the HondaJet.

Their corporate HQ is based at the Piedmont Triad International Airport in Greensboro, North Carolina, where they built the prototype, developed, and flight tested to HondaJet. In the fall of 2011, the HAC announced construction of an 80,000-sq ft customer service facility near their HQ;

HAC gained certification for their very light jet in early December of 2015, with deliveries commencing by the end of the same month. 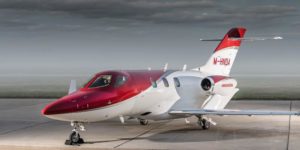