Rent a private jet to Las Vegas for Floyd Mayweather Jr. -vs- Conor McGregor, known as “The Money Fight”, taking plane on August 26th, 2017 at the T-Mobile Arena in Las Vegas, NV.

Located just an 8 minute drive from the venue, flying private into (KLAS) McCarran International Airport is the most convenient, comfortable and discrete way to get to & from the event. Choose a mid-size or larger jet to fly to the super-fight, and invite a group of friends on board to lower your per person cost!

Air Charter Advisors offers on-demand access to thousands of private jets and turboprops located across the country, connecting you to the perfect plane for your flight.

As a prize fighter, you need a manager who’s willing to throw in the towel when it comes to your safety. As a private flyer, you need a broker in your corner offering you the same advice, who knows to send the towel flying instead when the flight isn’t worth the risk.

That’s why we’re Wyvern-certified, one of the highest safety accreditations in private aviation. We review third-party audits before arranging aircraft and flight crew to ensure compliance. Not every broker performs these reports, and few even have access. Once we know it’s a fair flight, we step in the ring and negotiate on your behalf using industry experience, relationships, and exclusive marketing agreements, meaning you won’t get beat up over the price.

Not all brokers and operators hold themselves to the same standards, and it’s important to know who you’re working with. Passenger safety is always our company’s number one goal, and we aim to provide the best private jet charter service without ever sacrificing safety, quality, or comfort. Make sure you’re in the right hands before booking your next private flight, and call one of our Air Charter Advisors with any questions for your upcoming private charter fights to Las Vegas.

Floyd “Money” Mayweather Jr. is arguably the greatest boxer in the sports history, with an undefeated record of 49-0 (26 wins by KO) as a professional, and a 15-time, 5-division world champion. What isn’t up for debate is the amount of cash Mayweather has earned over the course of his career, holding a net worth of nearly $500 million, and earning more than $150 million per fight.

Conor McGregor, the first UFC fighter to hold two simultaneous titles, is the most notorious fighter in mixed-martial arts today. The reigning UFC Lightweight Champion and former UFC Featherweight Champion holds a career MMA record of 21-3 (18 KO) in 24 bouts, with 3 losses coming by way of submission. McGregor is the biggest PPV fighter in MMA history, headlining 4 out of the 6 highest selling UFC pay-per-view events in history, including the #1 spot at UFC 202 versus Nate Diaz. McGregor will be making his professinoal boxing debut in his fight against Mayweather. 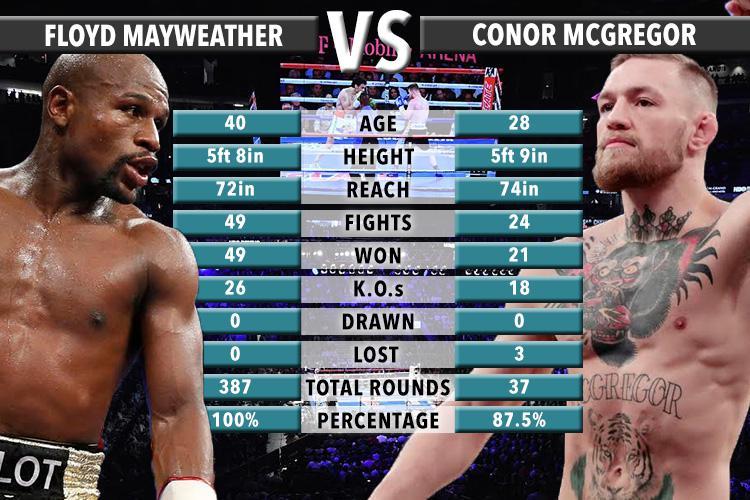 Request a Quote or give us a call at 1-888-987-5387 to speak with one of our Las Vegas private jet charter brokers and book your private flight to the Money Fight between Floyd Mayweather Jr. and Conor McGregor this August!