In Celebration of all things Aviation!

National Aviation Day is coming up on August 19th, and there are plenty of reasons to celebrate! Air travel has improved the quality of life around the world, bringing us closer to lands and cultures otherwise difficult to access. From exploring ancient historical sites, world-renowned galleries and diverse cuisine, to catching the latest sporting events and cultural holidays from around the globe, air travel opens many new doors into our world, allowing us to experience more of what our world has to offer. Aviation has also allowed business to grow an an exponential rate over the decades, with many corporations operating their own flight departments for executives and clients.

And then there’s our first true love, private aviation

Many business people and affluent travelers take advantage of the benefits of private aviation, from the ease of boarding their private jet and privacy, comfort and safety inherent in private flights, to the ability to customize their routing, including multiple legs in their flights, and arriving at over 100 times the number of airports compared to commercial flight. Private aviation also provides increased convenience and efficiency by avoiding busy terminals at commercial airports; although private fliers may depart from a busy airport, they typically use a fixed-base operator’s (FBO) terminal to avoid the crowds. 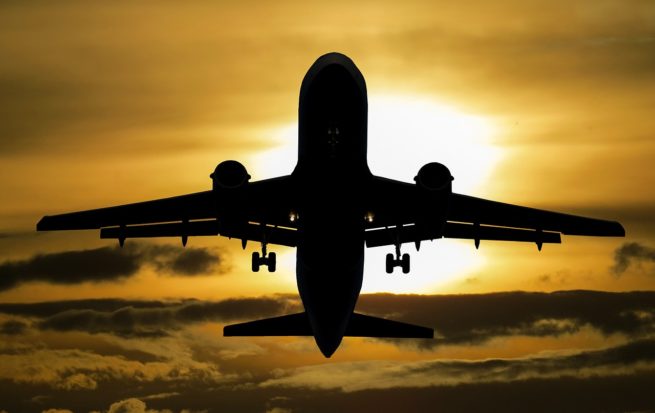 Aviation has come a long way since the Wright Brothers – flying is relatively comfortable, considering that the first airline seats were made out of wicker chairs. It’s also fast – in 1920, the fastest way from New York to Los Angeles was by 72 hour train ride; today we can fly from NY to LA in about 6 hours. And for many people – it’s just plane fun.

At nearly 113 years old, it was once regarded as a miracle, whereas today, commercial flights are often viewed as a necessary nuisance between points A and Point B. Despite the long lines and cramped seats, nearly 900 million passengers in America were counted last year by the FAA, the largest number in the history of domestic aviation; over 3.5 billion flew world-wide.

Observed annually on August 19th, National Aviation Day is dedicated by Presidential Proclamation to those who helped pioneer aviation in the United States. Established in 1939 by President Franklin Delano Roosevelt, National Aviation Day commemorates the anniversary of Orville Wright’s birthday. Born August 19, 1871, Orville Wright was still alive when the proclamation was issued and went on to live for nine more years until his death in 1948.