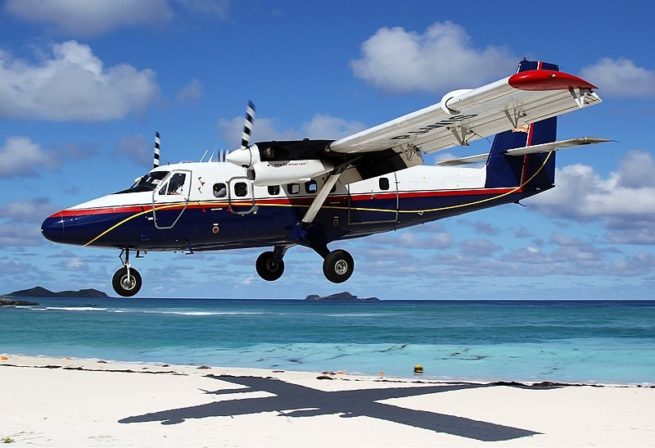 The Twin Otter’s fixed tricycle undercarriage, STOL capabilities, twin-turboprop engines, and high rate of climb have made it a successful commuter passenger airliner as well as a cargo and medical evacuation aircraft.

The DHC-6-300 was introduced in 1969 as a twin-engine STOL utility transport plane, powered by two Pratt & Whitney Canada PT6A-27 turboprop engines offering 680 shp (462 kW) each. It would go on to become the most successful variant in the Twin Otter series, with sales of 614 aircraft and their sub-variants during its production run, which last until 1988. These sub-variants include models flown by UK operators known as the 310, and Australian operated models known as the 320.

Today, it is currently produced by Viking Air, who acquired the type certificates for all the out-of-production de Havilland aircraft (DHC-1 through DHC-7) in 2006 from Bombardier. Their current model is marketed as the Viking Air DHC-6 Twin Otter.

* Specifications are based on common models and may vary based on model, variant, modifications, and other factors. Please call or email us with the dimensions and payload of your cargo. Pictures are for example only. The age, color, interior layout, hourly rates, specifications, dimensions may all vary between aircraft. All images copyrighted and provided courtesy of de Havilland unless noted otherwise.